We're Having A Baby - Britt and Colin 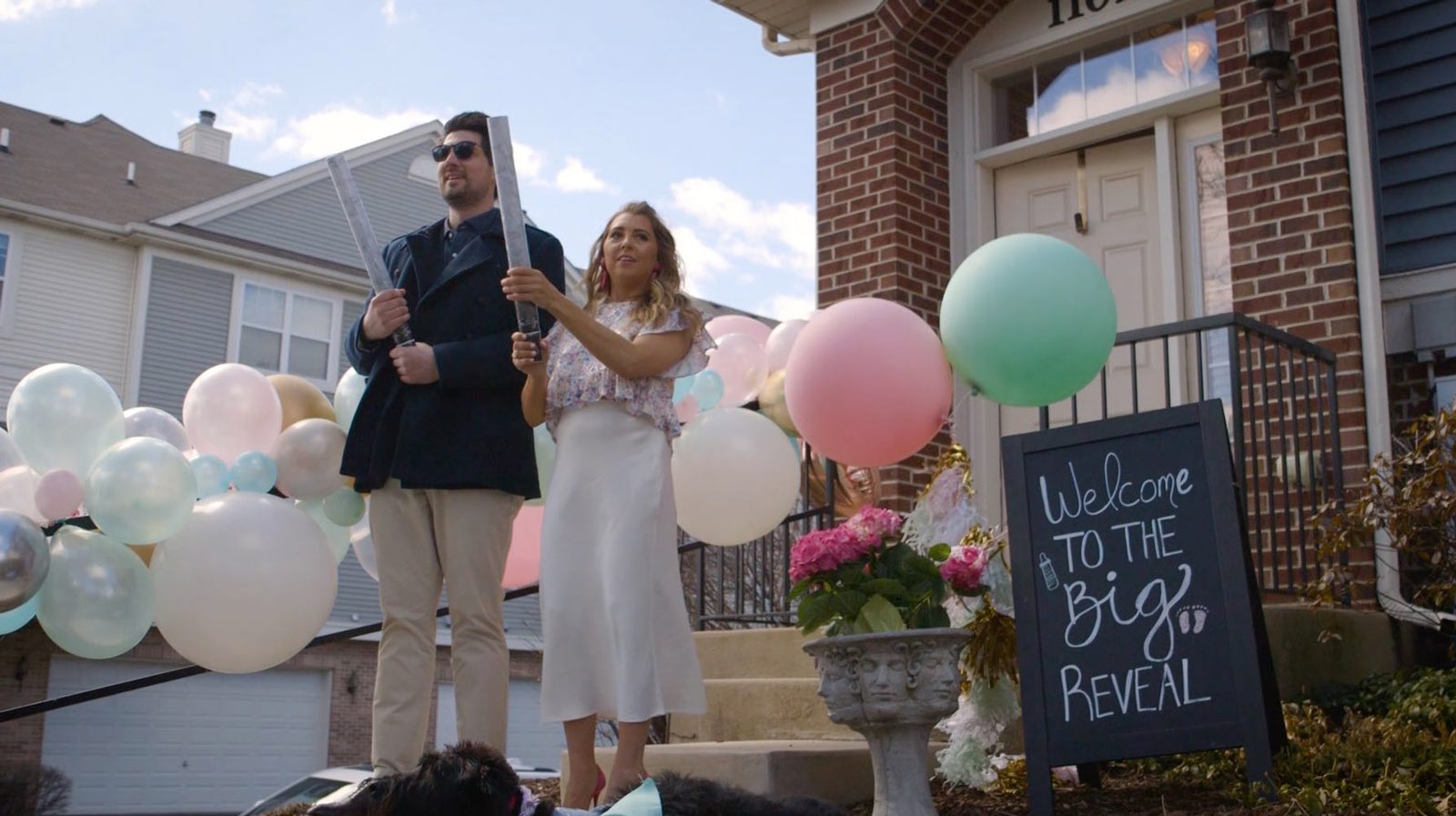 In 2018, I began freelancing with Old North Film Company, a video production company specializing in Chicago-area weddings. Each weekend I was booked, I’d be enlisted as b-cam operator following the groom before ceremony began. This was such a welcoming return to having a camera in my hands, professionally, after a short hiatus.

For three years, I had been working as a waiter in Evanston, IL. And it was doing that where I met Britt.

Britt, a bartender at Union Pizzeria where we both worked, was pregnant. And she and her husband Colin were readying to host a gender reveal party with friends and family. Talking at the bar one day, knowing that I had been working weddings on weekends and had previously worked on Chasing Classic Cars, Britt asked if I’d shoot something to document their party. Eagerly, I accepted.

I was allowed to make whatever I could. No format. No examples given. No problem.

For inspiration, there wasn’t much to find by way of gender reveal videos. So, I took wedding videos as the nearest examples from which to draw. This, however, would change once I was shooting, and once I got to post-production.

Prepping for the shoot, I knew the limitations a solo shooter would face in a chaotic situation like a party, having worked a number of weddings. For gear, I’d have to operate handheld and as light as possible to remain mobile and ready for surprises. I’d be best served by my Canon C100, one zoom lens, and a Rode Shotgun mic.

Arriving at the party early, I concentrated on b-roll, knowing the film would sink or swim based off the detail shots of balloons, food, signs, location - all the details that help the viewer feel as if they are there themselves at the party. Though these detail shots could be filmed later, I’d be stealing time away from the guests and the events for which I was there to document.

Once guests arrived, I made sure to film enough ambling and hanging out before I refocused almost exclusively on Britt and Colin. Filming them, I looked to build some scenes, or at least short back-and-forths from which I could build moments of dialogue amongst the b-roll.

For the reveal itself, I had hopes of setting up a second camera for a second angle of the reveal, but as expected, the reveal was chaotic. Refocusing on finding the best angle I could, I fixed myself in position and shot the reveal. Later, after spotting guests filming, I’d ask for iPhone footage from other guests from which I could build a more covered scene.

To finish off the day, I decided to film a seated interview with both Britt and Colin together. As I had expected, the contrast of their personalities played well against one another which would have been lost if I had filmed them separately.

Once I had reviewed all the footage, I realized that my experience with weddings had saved me while filming, but they were not the template to be used for the edit. Instead, I’d fashion the footage more like a mini reality show. Drawing from previous work in reality post-production, I got to work pulling the best bites and stringing those out with the interview I had shot.

Much of the first pass was editing as writing. I spent much of the time trying to build a narrative flow and focusing the theme of the piece on family.

As the assembly came together, I turned to finding music. Only after music was found did I do the hard work of stringing out and polishing b-roll. Thankfully, unlike previous attempts to document events as a solo shooter, I had shot ample b-roll that was lively and captured the feel of the event.

Britt and Colin were both delighted with the final edit. And I was happy to have produced the result I had after previous failures as a solo shooter. As I had learned from previous shoots, it is only with past failures that one gains the opportunity to learn and grow. And it was with this video that I felt I had progressed passed some stumbles towards more confidence in my abilities.