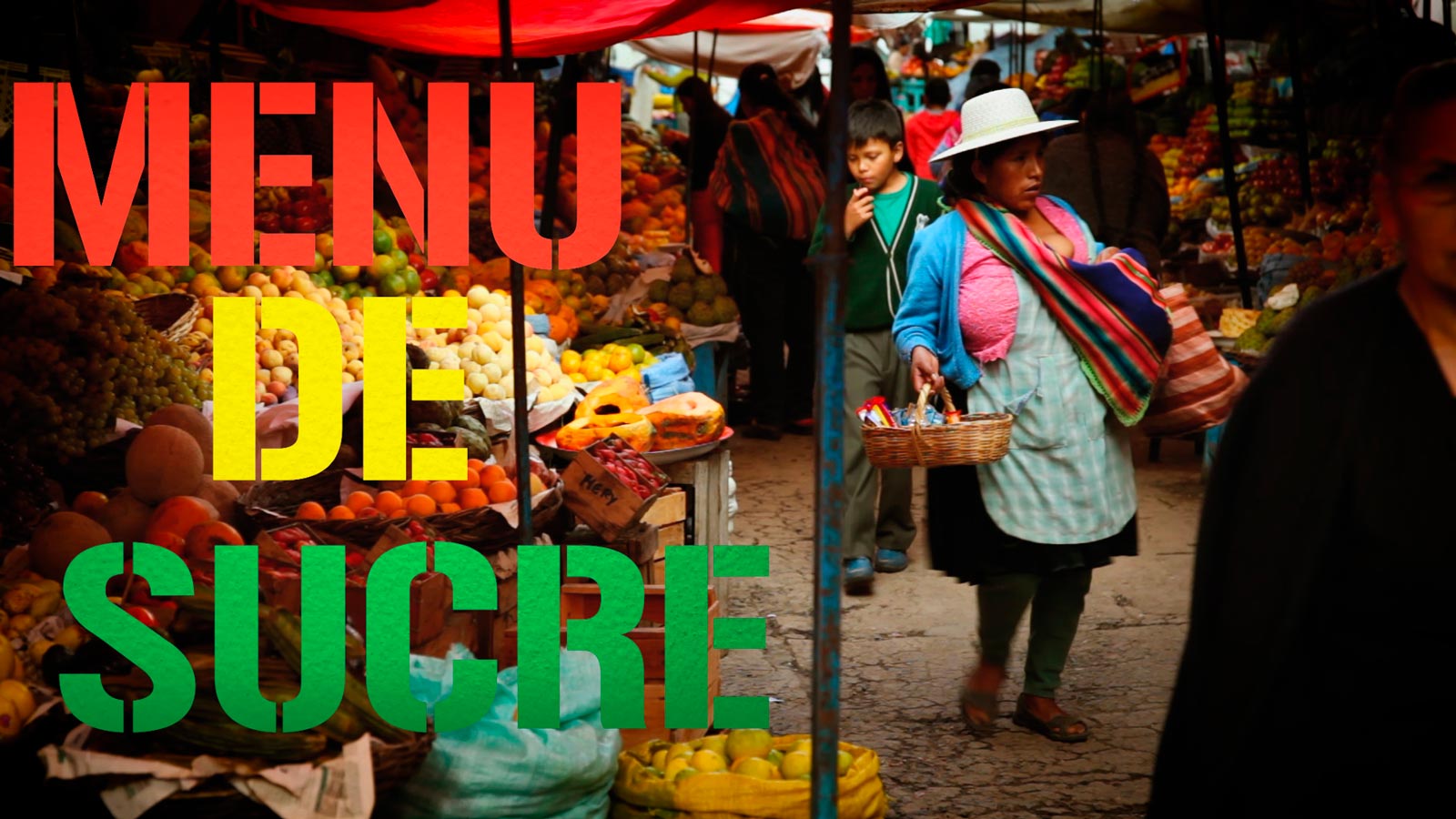 Sucre was the original capital of Bolivia and remains one of my most cherished cities among the ones I’ve visited around the world. It’s not a city I was very familiar with before departing in the Spring of 2015, but one I was determined to share with everyone I met after visiting.

I had the chance to visit Sucre while traveling for three months through much of Bolivia and Peru. With what I had packed was my camera which I had brought hoping to rekindle my long-dormant documentary video skills. For years, I had worked tirelessly in various post-production facilities and worked only with other people’s footage. And before leaving on the trip, I had calculated that it had been over seven years since I had produced a video on my own.

In South America, I was determined to make something with my camera.

Many travelers brag about packing lite. They get along with the bare minimum just to flaunt the fact. For me, I only did it because of money, safety, and comfort; I didn’t want to pay baggage fees while on the road, I didn’t want to check any of my bags under any circumstances, and I definitely didn’t want to be traveling with sore shoulders from heavy bags.

One of my two bags had my camera equipment and backup storage space. The other housed everything else I needed, along with my computer. In the bags:

All of this fit in my two bags, along with my clothing, books, and the journals I had decided were important enough to bring along as well. I thought I had packed too much (I still do). Yet, on the road, I was often laughed at for having so little: “That’s all you brought?!”

Guess I did pretty good.

After a week of roaming the streets and exploring the city of Sucre, I found my subject: the bustling market in the heart of downtown, Mercado Central. I found myself spending hours strolling the stalls and eating in the cafeteria on the third floor. I watched people swarm in and out of the market to buy groceries and eat lunch.

The energy of the place grabbed me. This is what I’d film.

Weekdays in Sucre always started with four hours of Spanish Study (the main reason I had gone to Sucre in the first place). After class, I’d walk to Mercado Central to film during the lunch rush. Often, I’d end up filming street scenes as I approached the market and as I left the market.

As I shot, I had to face the fears of having a camera in my hand again. While shooting, I often concealed the fact that I was doing just that. On some occasions, as my Spanish improved, I asked permission to shoot. On others, I was met with anger for shooting. I did my best to apologize and move on.

Every night after shooting, my seven years of assistant editing experience would insist I back up footage immediately. Footage was backed up to two separate external drives. After verifying backups, cards were cleared and returned to my bag for a new day of shooting. One external drive traveled in my camera bag while the other was placed in my backpack. This protected the footage against one of the bags getting stolen.

Footage organization was paramount. I had no intention of editing while traveling; editing a final video would be done once home. Because of this, it was important to provide brief descriptions of what footage was on which footage cards.

After months of not seeing the footage while spending months conceptualizing what the video might become, I booted up the drives to discover just how much footage I had shot. Again, my experiences in reality television post kicked in and I began the process of watching down, marking, and organizing the footage.

For every unique location or event, I created a string out of that footage. Using detailed markers, I then trimmed those sequences down to just the best of the footage from those events. As I edited, I’d pull up these trimmed sequences to select shots, cut in selects, and review footage again.

Throughout the edit, I began to see the video was lacking a visual element that could tie all the meals and food vendors together. While watching the footage, I discovered footage of a plywood board spray painted with the daily menu of the cafeteria. I had shot this board from every angle.

I got the idea to recreate the board, or at least show the creation of the board. This new footage would provide me with some very visual close ups and help me create a design for the lower thirds shown throughout the piece. I set out to spray paint a plywood board with stencils using the colors of the Bolivian flag.

The lower thirds and the texture behind them were created in Photoshop CC. The stencil font was found here after searching and testing multiple similar fonts. The texture was pulled from the footage of the painted plywood board.

In the end, my biggest takeaway was my renewed interest in production. After eight years of not making any videos and remaining entrenched in post-production, I felt this project gave me the confidence to once again work behind the camera.

My time in post-production has brought some necessary lessons to bear on my shooting style and a rigor to my media management while shooting. I see some flaws in the actual video shot, but these “mistakes” will only help improve my skills and be reflected in the videos to come as I continue to improve and grow as a filmmaker.