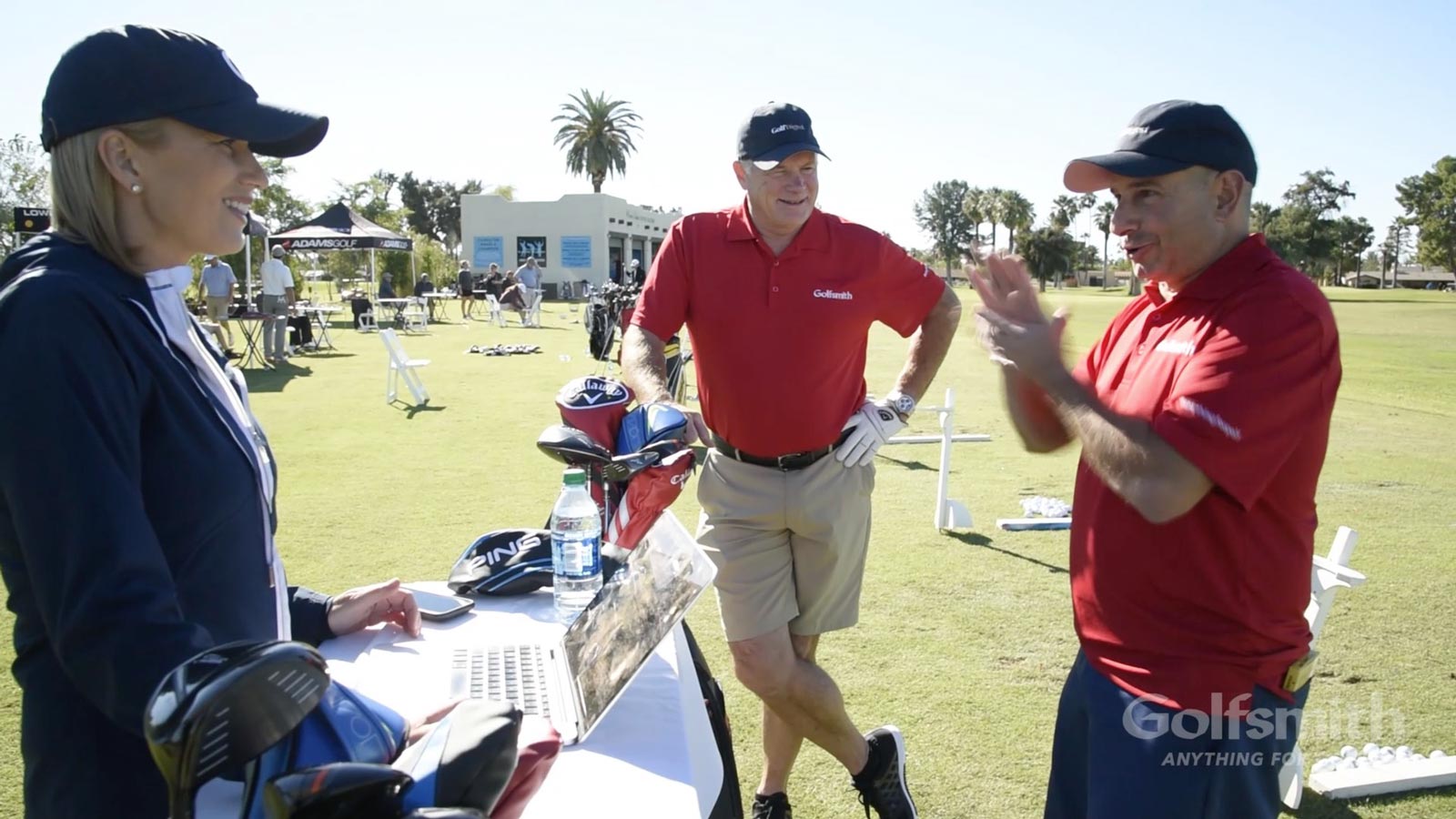 Golf Digest and Golfsmith annually sponsor the “Hot List 100 Sweepstakes.” Two customers are chosen to travel to the annual gear testing and review process that culminates in the publishing of the Hot List 100 guide. This year, a video crew documented the experience of the two winners as they got to relax, play rounds of golf with editors, and test new gear alongside the editors and testers of this year’s list.

My responsibility was crafting a two-minute story highlighting the events of the weekend and the emotions of the two winners. The objective was to increase interest for this year’s sweepstakes by showing contestants what they’d win. The client stressed the need for the video to be short and energetic.

As is typical at the end of the year, projects were many at Atomic Kid Studios and time was short. I was approached by Tom and Stephen of Atomic Kid in late December to help with edit.

The guys at Atomic Kid showed me three examples of videos that had previously produced for the client. The instructions were to match the pace and mood of the previous videos while taking this particular footage into account.

Footage was shared via Dropbox. The full edit was handled in Premiere Pro CC.

Reviewing footage seems like it would take time. It does. But the time invested at the start leads to time saved in the end, as well as an overall stronger story.

After reviewing footage, I assembled a narrative using the interview footage. This is my radio edit. Once the story is strong, I begin to amass broll and story sound bites atop the chopped up interview bites.

As I get closer and closer to a cut that is looking like a presentable video, I begin auditioning music. Now that I have a feel for the story, it is easier to refine my music search and be more selective while wading through the often labryintian music libraries available to me. Once a track is selected, I will cut it and pace out my radio edit. Because I’ve worked so hard on the radio edit, pacing the video to the music is an easy bit of work.

Once the music is in place, and broll has been applied, it is time to share with the client. In this case, Stephen and Tom reviewed the cut to give initial feedback. Minor tweeks were made, then the final fine cut was shared with the client. The client like the video as it was and requested Tom and Stephen to finish the graphics and upload the final result.

It’s easy to get lost editing if you try to reinvent the wheel everytime you’re standing at the keyboard. The best way to save time and win approval of your edits is to invest the time in your process.

Everytime I’m at the keyboard, I know what step of my process I’m in. I don’t get bogged down auditioning music tracks at the start when I haven’t yet watched my client’s footage. It’s essential to stick to my process. Doing so ensures that my time and the client’s time are not wasted. Doing so ensures that the story is given the proper attention.

There are many decisions to make while editing. Having to decide what to do next shouldn’t be one of them.