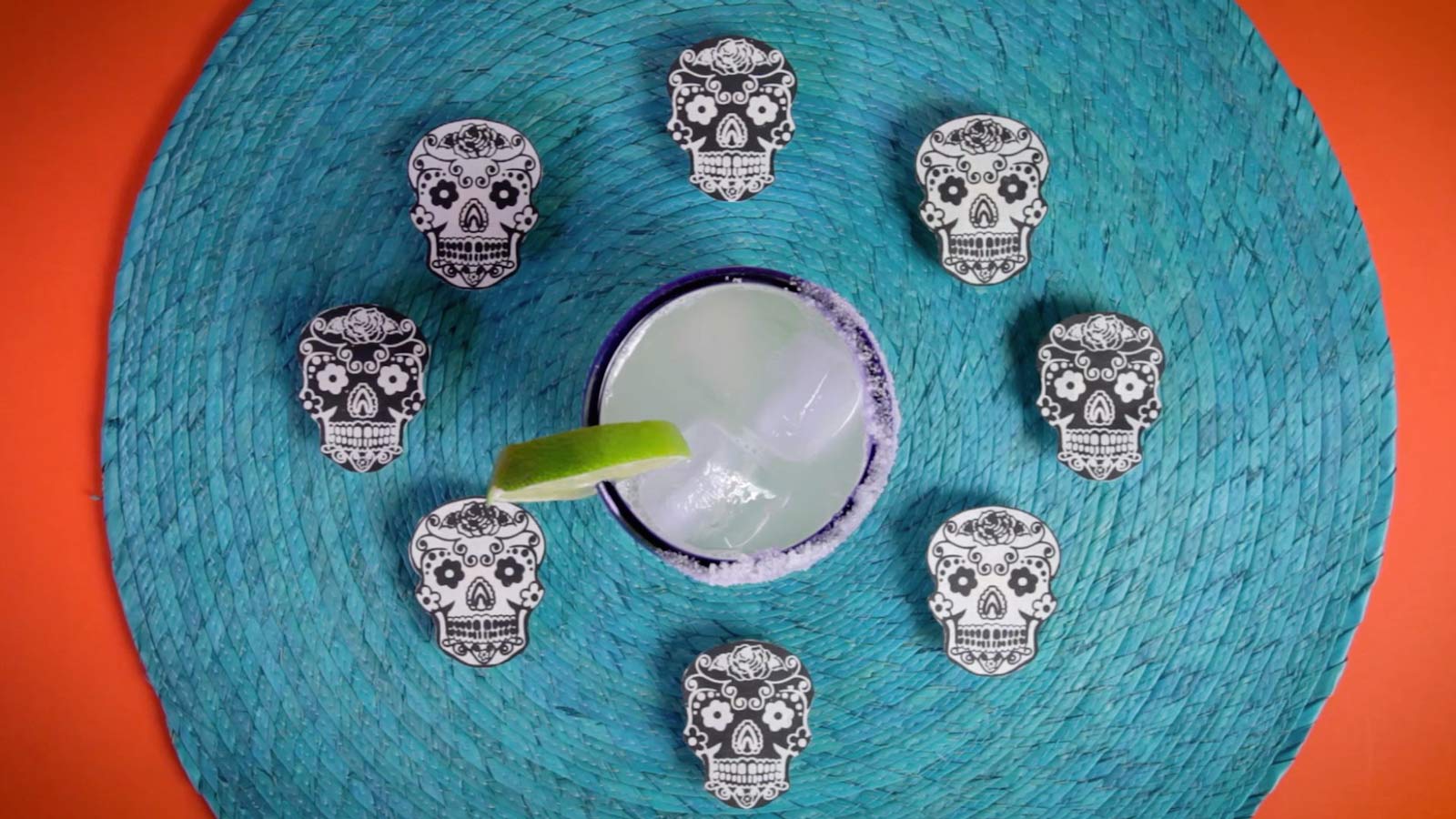 There was a time when I thought I’d be a bartender. After years of working in post-production on reality television, I thought I’d take some time away from the edit bay and spend some time on my feet learning the trade behind a bar. Bartending reminds me of video editing because it requires the assembly of various ingredients, speed, and discerning taste to build a quality final product.

Before I went through with the idea, I bought dozens of recipe and technique books to experiment at home. Flipping through them, I saw diverse styles of drink photography, depicting different attitudes, moods, and conveying the vast history of drinks and bars. The learning process was just as intriguing as the creating of the cocktails.

The idea clicked: Why not meld my two interests.

I could put my production skills to use and film various cocktails, all of which I could practice making at home.

Cocktail videos are short and allow me to experiment with various styles in both production and post-production. Just look at my first cocktail video (below) for evidence that the mood and look of these videos can range wildly.

The compressed narrative, limited financial overhead, and short time commitment required for each video allows me to build upon my production knowledge and refine my techniques with each subsequent video.

Additionally, cocktail videos allow me to work within a studio setting. Previous experiences producing have found me in the field usually working with natural light and no script. For these videos, scripting is done in pre-production, my location is controlled, production design is essential, and lighting becomes something that can be manipulated to help the story.

(PHOTO: Camera set up in front of glasses during test shoot)

The entire video was shot in my studio apartment where I had created a small studio space. It never ceases to amaze me just how little space you need to make some types of videos, especially those highlighting food, beverages, and products.

The initial idea for the series was simple: focus on creating a stimulating visual while providing education to the viewer. Keep the cocktails simple, focus on what the cocktails represents through mood, and educate the viewer on how to make them.

For Margarita, I wanted the video to convey the excitement of a celebration without actually showing one. The video needed a fast pace, bright visual design, and festive feeling. Additionally, I wanted to pay homage to the drink’s Mexican heritage.

For inspiration, I turned to a few places. First, the recipe videos of Tiger in a Jar. Since my first time seeing Beet Cake, I fell in love with the production design and pacing of their recipe videos. It should go without saying that their videos were a major inspiration for my first cocktail video. From their videos, I saw an opportunity to incorporate text into this video to display ingredients and measurements.

The second source of inspiration was the work of Kelli Anderson, a graphic designer who works in NYC. Having followed her work for years, I recalled her use of paper cutouts in numerous video productions, most notably is one she produced for NPR, Talking While Female. What I loved about the video was the way that paper, with all its tactile qualities, could be used to create depth and shadow the way any other object could. By lifting paper shapes off of a solid background, rather than affixing it flatly, authentic and unique drop shadows could be created. All the while, the paper is providing this authentic texture that no visual effect could truly replicate.

Finally, I wanted to make a very vibrant video with lots of color. In doing visual research for the video, I stumbled upon the work of Lizzie Munro for Punch Drink. Her use of bright light, colorful backgrounds, and deep shadows paralleled the visual direction I had been headed.

A trip to Blick began to tie things together for me. There, I found the vibrant orange backgrounds I could utilize as both my tabletop and wallpaper. Additionally, I found paper printed with four repeating skull designs. I imagined cutting out the skulls and affixing them to the wall backing, creating a wallpaper of skulls. I could incorporate the Kelli Anderson aesthetic by raising the skulls off the wallpaper and creating authentic, deep orange drop shadows for added visual dynamic.

In seeking out set dressings, I wanted to integrate blue into the image because it is the complementary color of orange. I found thick, blue-rimmed glasses. A blue table centerpiece and blue plate (I could pour salt onto) were also purchased. Randomly, I found two Day of the Dead skull salt and pepper shakers in the same store. It was a no-brainer to purchase them and add them into the video where I could.

At home, hours of cutting with an exacto-knife produced 120 skulls. These skulls were then affixed to small squares of foam board. The foam board was then affixed to the orange wall backing. The wallpaper was hung behind the table using velcro to allow for easy background changes between the skull wallpaper and a solid orange background. In the end, this was necessary in order to create some of the special effects, like matting out some of the skulls to make room for the main video title.

Before production, I took the time to storyboard. It has become essential for me to do so with each of my projects. Seeing visuals drawn out allows me to see how they will juxtapose with one another, which may be a result of my years of working in post-production with pre-made visuals. I can premeditate movement, frame size, and framing. Also, storyboards free me up in production to experiment. If I have all my shots drawn out ahead of time, I know how much time it might take me to shoot. I also know what I must shoot to create a workable final piece. Having this anxiety lifted from my mind, I’m free to experiment in the moment if a new visual enters my mind.

Production is the culmination of all that proceeds it. It is an execution of storyboards and visuals that have been tied up in the mind’s eye waiting to materialize. Alfred Hitchcock use to say he disliked production. To him, it was just the boring process of materializing the movie he had in his head for weeks or months. I never believed that quote. To me, production is another refinement of my idea, as I’m sure it was for him. The fun is rectifying those mental images and ideas with the realities that a camera can capture.

Every shoot is an exercise in refining skills, and lighting was that skill for this shoot. This was my first shoot using a lighting kit in over seven years. Such tools require practice and this shoot was essentially a crash course in remembering old lessons in lighting design. By the end of the shoot, I was happy to have gotten the footage I did, but finished promising myself more hours of practice and more difficult lighting setups in the future.

The initial shoot was an eight hour day. Two reshoots were necessary: one for pick-up shots and entertaining a new stop-motion idea, and one to correct a few out of focus shots necessary for the final edit. In total, I shot 1.75 hours of footage, including reshoots.

Premiere Pro CC was the workhorse for this edit.

The key learning experience from this edit was during music selection. In looking for music for this project, I wanted to use music that was free because of the wealth of shared music available as well as the need to keep the budget for each cocktail video to a minimum. This meant I needed to give myself a crash-course education in Creative Commons law, which allows artists to share their work for use by other artists in certain instances. I do not hesitate seeking this music out because many artists work with this sort of sharing in mind.

There are many licenses under the Creative Commons banner. I specifically was seeking out attribution licensed works, which allowed for me to cut and refine the music if necessary with the only payment being attribution to the artist. I have made the mistake previously using music that requires no derivatives, essentially making it unusable for film and video.

It is possible to plan and execute small studio works, as is evidenced by this four-video series of cocktail recipe videos. The more planning that is done, the better the results and the less “work” necessary to achieve the desired results.

Studio work can bring with it ease of access for reshooting. But with this ease of access comes the temptation to shoot volumes of footage. Restraint is necessary to avoid over shooting and countless wasted hours in post production. For now, I will accept the high volume of footage as a learning cost. As I become more skilled, the volume will surely decrease. These lessons will be carried forward to future productions.